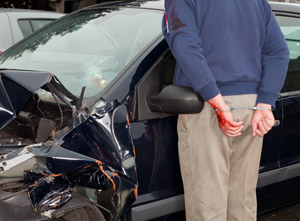 Drunk Driving Accident Queens NY
Driving a motorized vehicle while impaired by alcohol is known as drunk driving. Due to the dangers associated with drunk driving there are many laws designed to discourage drinking and driving. In the US, it is estimated that drunken driving crashes cause an estimated 45 billion in damages. Drunken driving also known as DUI (driving under the influence) or DWI (driving while intoxicated) can have serious implications for anyone that is convicted.

The history of drunk driving goes way past motorized vehicles. In 445 Attila the Hun was known as a heavy drinker and was rarely seen not on a horse. He died on his wedding night from alcohol poisoning. Most armies throughout history were riding horse’s way past today’s limits. History never looked kindly on drunken driving no matter the vehicle. George Smith has the dubious distinction as having the first drunk driving arrest. It happened in London in the year 1897 when George crashed his cab into a building. When automobiles first arrived in America, there weren’t any laws for drunk driving. They were first considered a toy for the wealthy. As automobiles became more main stream the local governments found ways to tax them. But in 1939 Indiana became the first state to enact a BAC (blood alcohol content) law. At that time the BAC limit was .15, almost twice what it is today. As the years witnessed tragedy after tragedy associated with drunk driving, the laws and penalties have stiffened accordingly. As a result, today there is little tolerance for drunk driving.

The statistics for drunk driving tell a sad story. In America, 10,000+ people die every year in DWI associated accidents and 900,000 are arrested. A third of the arrests are repeat offenders.  Unfortunately, many of the deaths are passengers.

Here are some sobering statistics on drunk driving:

Always speak directly with a lawyer.

Top Lawyer with 30+ Years of experience at an affordable price.